Limerick Together for Yes Launch 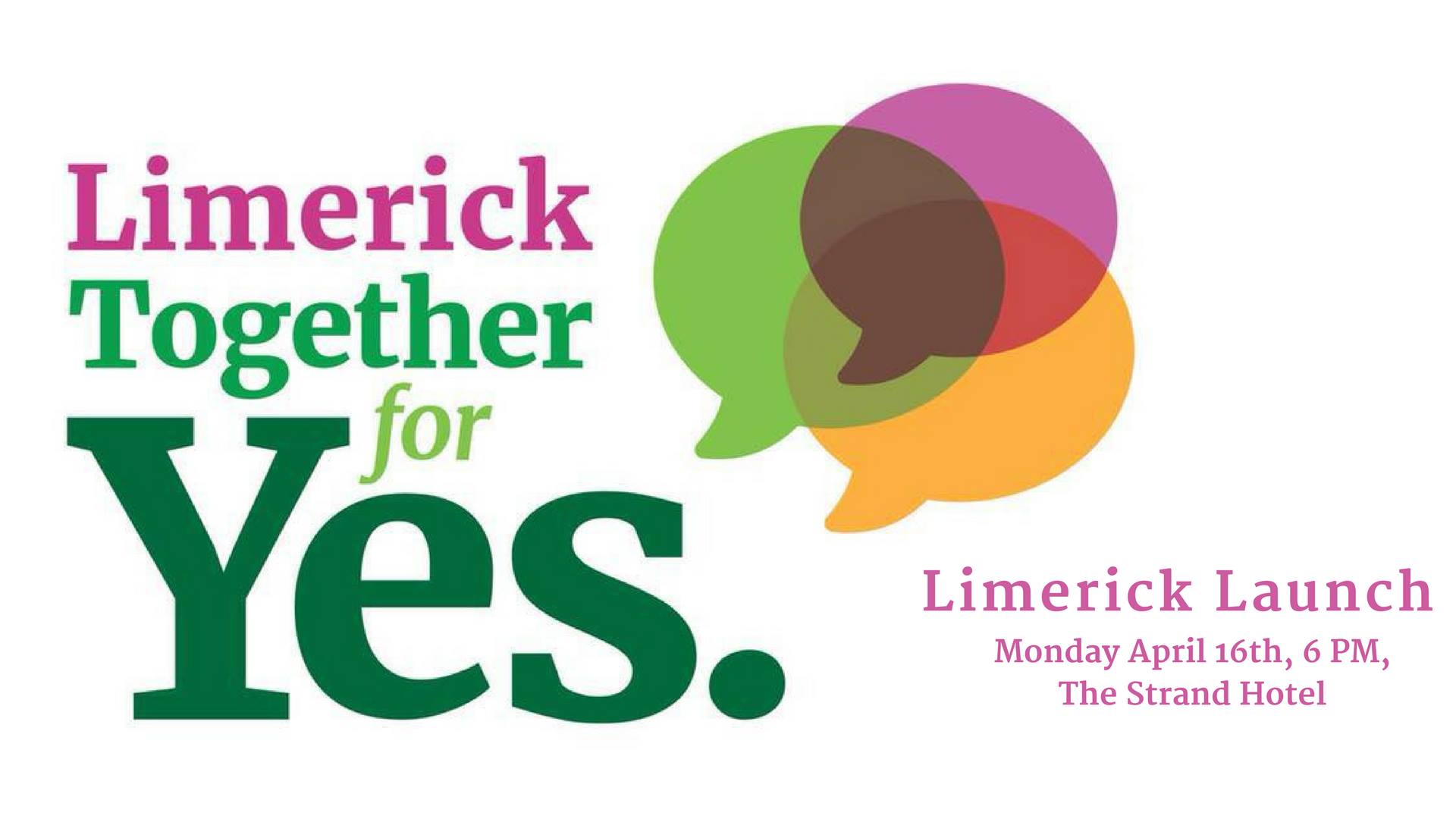 The launch is focused upon letting the general public know how the Citizens Assembly and the Joint Oireachtas Committee came to the conclusion that the Eighth Amendment must be removed, and will feature contributions from Committee members from Limerick Deputy Jan O’Sullivan and Senator Paul Gavan, and Citizens Assembly member Beckha Doyle.

The Launch will include a Silent Auction of donated artwork provided by artists in aid of Limerick TFY. Artwork will be displayed from 6-7 PM and results will be announced later in the evening.

Limerick Together for Yes