Screening of Witness: A compilation of film and testimonies 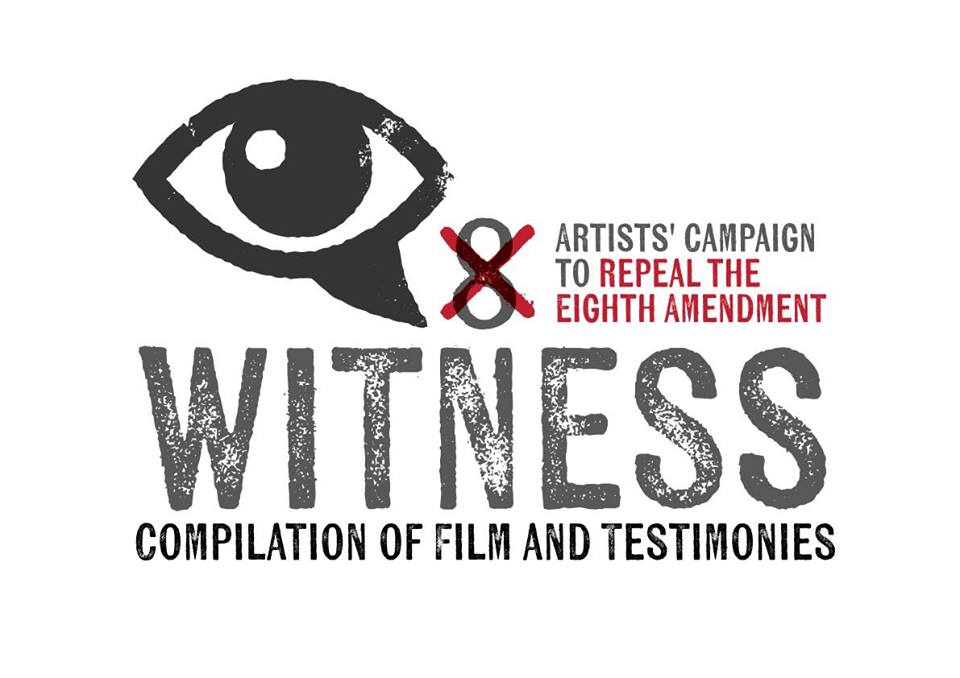 On Saturday 12 May, The Artist Campaign to Repeal the Eighth Amendment present a free all day screening of ‘WITNESS’, a compilation of artist’s film works at Studio 6, Temple Bar Gallery + Studios. The films each respond to the fundamental question of who has authority over the bodies of women citizens in Ireland today. The event will include footage from Testimonies; actors and writers read the stories of women and their families who have been caught in the dilemmas posited by the Eighth Amendment to the Irish Constitution. The Day of Testimonies, organised by the Artists Campaign to Repeal the Eighth Amendment, was held in August last year and was a unique collaboration between over 100 artists, visual artists, film-makers, theatre directors, writers, musicians, poets, playwrights, cinematographers, editors, sound artists and actors; artists working together to make powerful art.

The films will be screened in compilations which are each 40 minutes long. Each compilation will be screened on the hour from 1pm until 4pm. At 5pm there will be a discussion with artist Cecily Brennan and Rayne Booth. The session will end with a screening of Emmet Kirwan’s film-poem Heartbreak.

Visitors are invited to call in to view these important films throughout the day. Refreshments will be available.

Some viewers may find some of the content of the films distressing.

3. Anonymous story read by artist Alice Maher.
With thanks to the Abortion Rights Campaign. 3 mins.

2. Joanna’s story read by actor Cathy Belton.
With thanks to the Abortion Rights Campaign. 9 mins.

3. Sinead’s story read by actor Janet Moran.
With thanks to the I.F.P.A 3 mins.

2. Amy Walsh’s story read by writer Marian Keyes.
With thanks to Amy and TFMR, 9 mins

4. Poet Paula Meehan reads an excerpt from The Statue of the Virgin at Granard Speaks, 2 mins

4pm: COMPILATION 4
1. A story read by actor Janet Moran.
With thanks to the Abortion Rights Campaign.

2. Jean’s story read by actor Cathy Belton.
With thanks to the IFPA

5pm: Discussion with Cecily Brennan, Rayne Booth and others.