Official launch of Galway ‘Together for Yes’ takes place 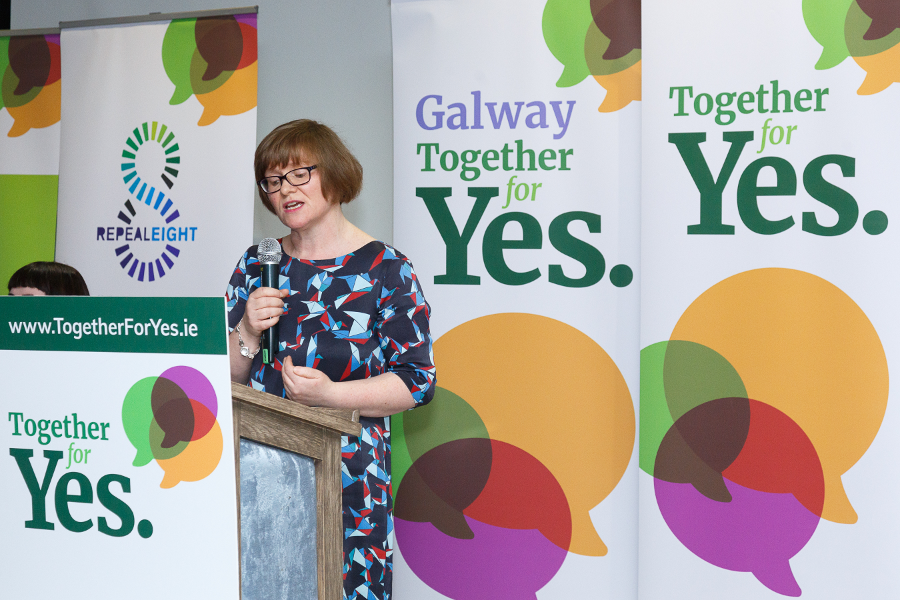 Over 200 people turned out at the Harbour Hotel tonight to attend the official launch of the Galway Together for Yes campaign.

Together for Yes is the national civil society campaign working to remove the 8th Amendment from the Constitution. It is led by the National Women’s Council of Ireland, the Coalition to Repeal the Eighth Amendment, and the Abortion Rights Campaign.

Speaking at the launch, Co-Director Orla O’Connor said: “We are delighted to be officially launching Galway Together for Yes tonight and kicking off our campaign in the west of Ireland. We look forward to engaging the people of Galway in various ways and discuss with them why we believe a Yes vote in the referendum is important. Voting Yes will remove the harmful 8th amendment from the Constitution and allow us to create a caring and compassionate environment for women in Ireland in crisis pregnancy situations who need our support.”

Michael Creed, Doctors for Choice, said: ”We are trained as doctors to first do no harm, provide the best care to our patients, and respect and support their autonomy in decision-making. The 8th amendment means we can not do this for pregnant women. Restrictive abortion laws punish women, many times in tragic circumstances, and remove our ability to provide vital healthcare to them. The only way we can change this and improve our care of women in pregnancy is with a yes vote to repeal the 8th amendment.”

Sharon Nolan, Co- Convener, Galway Together for Yes said:  “We’re delighted to be launching the Galway Together for Yes Campaign. We have volunteers across the city and county ready to go who are leafleting and canvassing across the region. We aim to get as many people as possible out to vote Yes on May 25th, and to engage with the public on why we believe removing the 8th amendment is the best for the women of Ireland.”