I am a mother of 3, with her own home, job security and a supportive and loving husband, but a crisis pregnancy can happen to anyone, and everyone’s perception of a crisis is different. To outsiders the news of my pregnancy would have been met with congratulations, warm wishes and perhaps the odd jibe about how our television mustn’t work, but my husband and I were absolutely devastated. 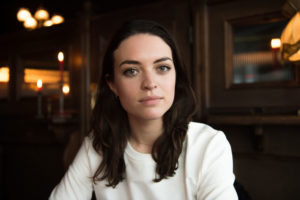 We were not irresponsible with contraception, I was on the pill. When I discovered I was pregnant I felt like I had been hit with a train. I didn’t even have to do a pregnancy test, I just knew. I had hyperemesis on my previous pregnancies, and as soon as I got that familiar feeling of nausea, I knew. I also knew that there was no way we could have another child. It simply was out of the question.

I was 5 weeks pregnant when I found out. Because of the total ban on abortion in this country I was trapped. The feeling of desperation was just horrendous. Each day I was getting sicker and sicker, vomiting more, eating less, all while having to keep the pregnancy a secret from my family and colleagues. Travelling to the UK was impossible. It was Christmas week. We couldn’t afford it. We also would have had to come up with an excuse for why we were going, and arrange childcare.  I contacted “Women Help” who, after an online consultation with a doctor, despatched the abortion pills to me by post.

The pills were posted on December 23rd and I was petrified they would be seized by customs. Christmas was hell as I waited. I avoided family as much as I could, although they couldn’t be dodged completely. It took all of my energy trying not to let people know I was sick, and acting like everything was fine. I managed to feign a stomach bug over New Years, which thankfully took the pressure off for a few days.

I came up with a Plan B in case the pills didn’t arrive. I told my friend who was home from London for Christmas. I decided that if the pills didn’t arrive I would have to miss January’s mortgage payment and travel alone on a Saturday in January to London, have the procedure, stay with my friend and her husband, and come home early the next morning so nobody would know where I was gone.

Thankfully the pills arrived in early January in a small inconspicuous padded envelope. The relief was overwhelming. I took the first pill on Friday morning and went to work as normal. By Friday night I was so sick that I couldn’t even keep water down, and every time I moved my head I vomited. On Saturday morning I went back to bed at 10am. I put the 4 pills of Misoprostol between my gum and my cheek and let them dissolve. I was so afraid to move in case I vomited, and when I swallowed them I managed to wait an hour before vomiting again. I was so terrified they wouldn’t work since I had been sick, but about 2 hours later I started to get some cramping.  By 5pm I knew the worst of it was over, and was relieved to find that I already felt better and was able to eat a small meal for the first time in weeks.

I was 8 weeks pregnant. I could have ended the pregnancy at 5 weeks had abortion not been illegal.

I was still bleeding lightly 4 days later. My friend wanted me to go to the doctor for a check up, but it’s not that simple. If I went to the doctor I would have to lie and say I had a miscarriage. I’m sure it would have been suspicious to turn up at the doctor a week after a “miscarriage”, having sought no medical help at the time.  So I took the risk and assumed that everything was fine.  Women living in Ireland are being forced to take this risk every day of the week.

Look around you. Women who have had abortions are everywhere. They behave no differently to you. They are your friends, daughters, sisters, cousins, colleagues, mothers, aunts, and grandmothers, who have all made what they felt was the right choice for them at a particular point in their lives.

Catherine told her story on RTE News at One and Pat Kenny in Newstalk.