I am a 40-year-old mother of two teenage girls. Several years ago I became pregnant unexpectedly by an emotionally abusive and manipulative partner. I realised that if I had his baby, he would feel that he owned me and I would never be free of him. I felt that ending the pregnancy was the only way to avoid his anger and escape the relationship. 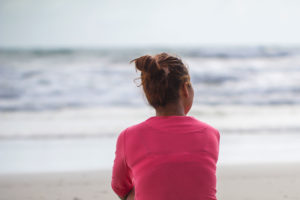 What happens to women and girls who are pregnant from rape or incest?

I had to ask my parents for money to travel to England, as there was no way I could have afforded the trip on my own. I was very lucky to have a good friend who traveled with me, so at least I wasn’t alone. After the abortion I told my partner that I had miscarried. Luckily, I was able to leave the relationship with no further physical or emotional penalty.

There is no question that the abortion made my life better. It was not a decision I made lightly or with little thought, although I felt then (and still do) that it was the only option I had that would lead to a positive outcome. It was the only way to finally be rid of my abuser and keep him from psychologically damaging my daughters. It was the catalyst that allowed me to get out of a terribly toxic relationship and move forward with my life.

Since that time, I have gone back to college and I am working my way toward being able to support myself and my daughters and be financially independent.   I would never have been able to achieve these things had I continued with the pregnancy. Instead, I would still be financially insecure, dependent on welfare for the foreseeable future, and tied irrevocably to an abusive man who would do his best to make my life difficult, even from a distance. This would affect not only me, but my children as well.

I decided to tell my story because I feel the need to have my voice heard, but the truth is that no pregnant person should have to justify their decision or convince anyone else why their reasons for deciding to have an abortion are “good enough.” The only person who needs to be satisfied with their reasons is the pregnant person. I have never looked back, and have no regrets.

Paula told her story to Philip Boucher-Hayes on RTE Drivetime.